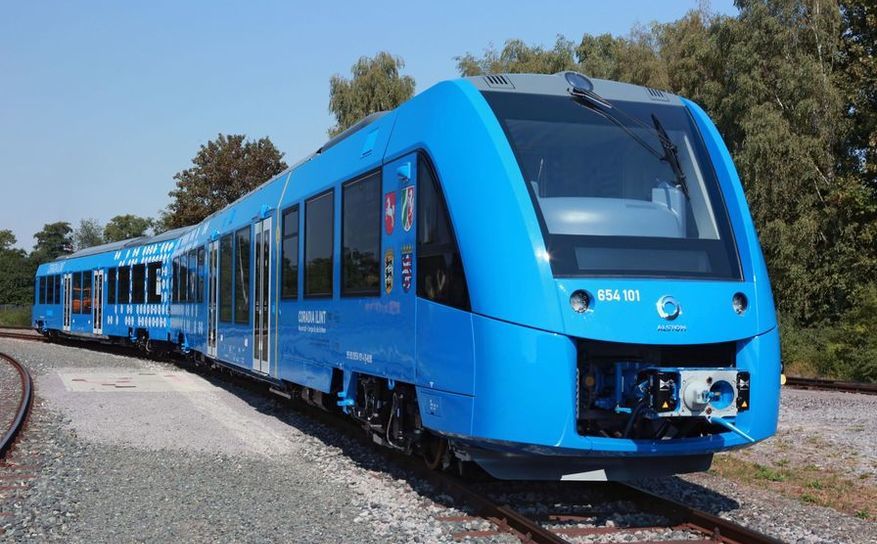 Hydrogen has many uses. In addition to being used as a means to store energy, it can be used in hydrogen fuel cells to power cars, buses, bicycles, planes and trains. It can be used as a gas in hydrogen powered heating, in the food industry, for various industrial uses (e.g. in the aerospace industry as a rocket fuel), to remove pollution from oil sands, to hydrocrack fossil fuels and in the production of ammonia (notably for the production of fertilizers).

The annual global use of hydrogen is over -60 million tonnes, equivalent to 25% of methane production. Of this, 95% is used directly by the producer for its own production processes, and 5% is traded on the markets. Global annual production is growing by over 10% (Source AFHYPAC).

Hydrogen powered cars are electric cars equipped with an on-board fuel cell. Hydrogen is injected into the fuel cell and this reacts with the oxygen in the air to produce electricity. The car’s hydrogen ‘tank’ can be refilled in 3 minutes. This system can be used in cars, boats, buses, trains, etc.

Instead of saturating the grid, the surplus of electrical energy can be used to produce hydrogen – a clean, efficient, convenient way to store energy and power Fuel Cell Electric Vehicles (FCEV) or to heat buildings. In the future, when technology is less expensive, the hydrogen stored will be used also to release electricity in the grid, with the help of fuel cells, in the moments of high energy demand, acting as a moderator.

With current technology, an oil-fired boilers using 2 litres per hour produces 5kg of CO2, as well as other pollutants such as NOX, benzopyrenes and fine particulate matter. The equivalent hydrogen-powered heating system, as available on the market, produces no pollution at use. However, under current market conditions, hydrogen powered heating costs approximately twice as much oil powered heating.